Meet Ofer Levin (or as his friends like to call him, GTI)

Born in Detroit in the golden age of cars, Ofer Levin practically came into existence with a gear lever in his hand. This was the era of cars like the powerful Pontiac GTO and the feisty Ford Mustang, not to mention the stylish Corvette Stingray, and of course… the quintessential Bond car – the Aston Martin DB5. Levin’s most thrilling childhood vacation was a trip to the Daytona International Speedway. Although he was only seven years old, he knew that his future involved four wheels.

Ofer moved to Israel with his family when he was 15. After school, he joined the IDF where he served as an operational driver. Levin then studied mechanical engineering and started an apprenticeship in automotive engineering. He worked in automotive design for almost two decades before opening his own classic car repair and restoration workshop.

What Ofer Levin GTI Has Been Parking in His Garage 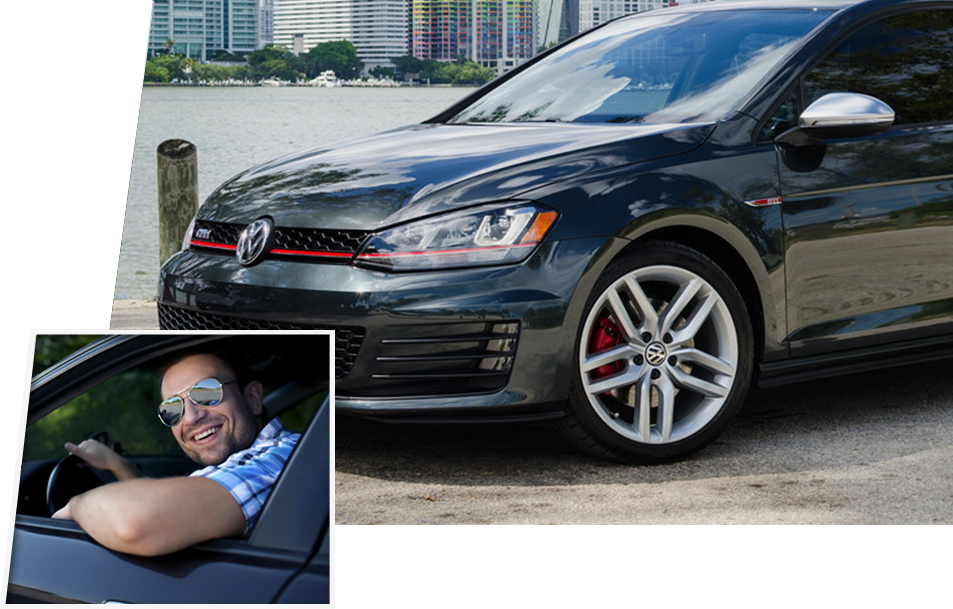 As Levin sees it, getting your first car is kind of like getting your first girlfriend – only better. The first love of his life was a 1976 VW Beetle. She was bright yellow and he called her Suzy Q. Shortly after buying Suzy Q, Levin replaced her carburetor with a 36 Weber, which not only made her sound great but also made her a lot faster. Suzy Q was his loyal companion for years until he laid eyes on Fury – a red 1971 Dodge Dart. It was love at first sight. Although not very practical she was as strong as an ox and simply gorgeous. What’s more, Levin could restore her and customize her to his liking. Since then he’s had a range of classic and standard cars including several VWs, Hyundais, and Fords. He has four cars in his garage: good old gorgeous Fury, a 1969 Datsun Roadster project car, the family (wife’s) car – a GL-class Benz, and of course his hot hatchback Mk5 turbocharged GTI. Levin also always keeps a project car in his personal workshop space to tinker with.

So What Is This Site All About?

The idea for this site started on the road. Ofer Levin wanted to document the road-trips he takes every year with his three best friends. Once a year, they go to Europe to take a selection of cars to their limits (Top Gear style!). But with so much to say about cars, engines, and automobile history – this site has become much more. It celebrates the thrill of being in charge of a machine that’s been expertly engineered to achieve incredible movement and functionality.

From the all-American muscle cars to the finest contemporary German-engineered vehicles, the automotive landscape is an exciting space to navigate through. Cars, motors, machines, speed, technology, craftsmanship – if that’s what makes you tick this site is for you.

FEEL FREE TO SEND ME A MESSAGE