Unless you saddle up a horse and wear a Stetson hat and spurs, you can’t get more American than driving Route 66 with a vintage American muscle car. When I first got a bee in my bonnet about driving Route 66, I was told that it no longer exists, except in songs and movies. After a bit of research, I discovered that it was officially decommissioned in the 1980s and no longer features on maps. But, as for the actual road, it’s still mostly there, and the patches where it’s unpaved and unpassable are easy to pass by. 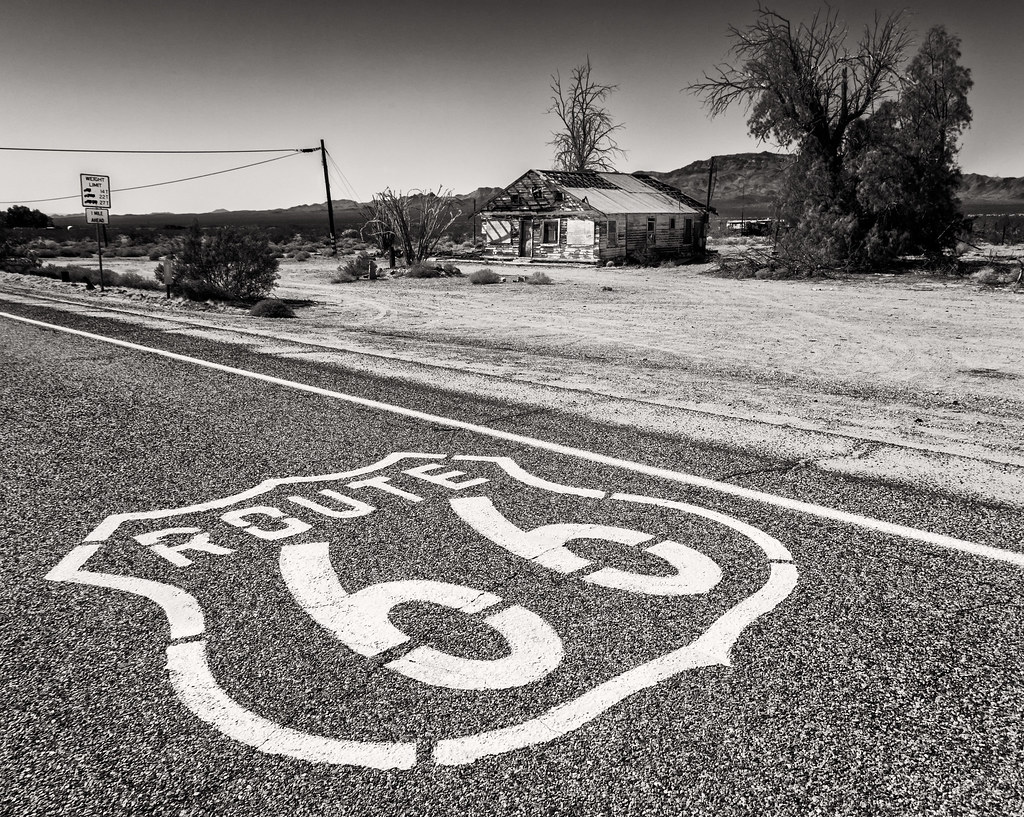 I also learned that Route 66 still holds a special place and it’s become quite a thing to do for fans of American culture and us petrol heads alike. I decided that it’s my kind of thing and signed up for a two-week car trip to experience some authentic American fun. I flew to Chicago, Illinois where the Route 66 trip begins and was met by the tour organizer who was, incidentally, wearing a giant Stetson hat! After a short drive to the hotel, I met some of the other guys and gals who were also on the tour. We toasted our trip with some ice-cold Budweiser beers and swapped car stories.

The next day each of us was introduced to the car we selected when we signed up for the tour. I was almost jealous of Dean who had a white 1968 Mercury Cougar GT-E and of Alex who cleverly chose a gorgeous yellow 1973 Ford Falcon XB GT. But hey, how much more muscle can you want if you have a 1967 Mustang fastback with a 390 V8 at your disposal? Especially if it’s in mean midnight black with an even meaner devil red interior. The rumble is unmatched by anything you can find today with all the modern mufflers and CAF requirements and I was super happy with my choice as I roared towards the start of the historic Route 66. 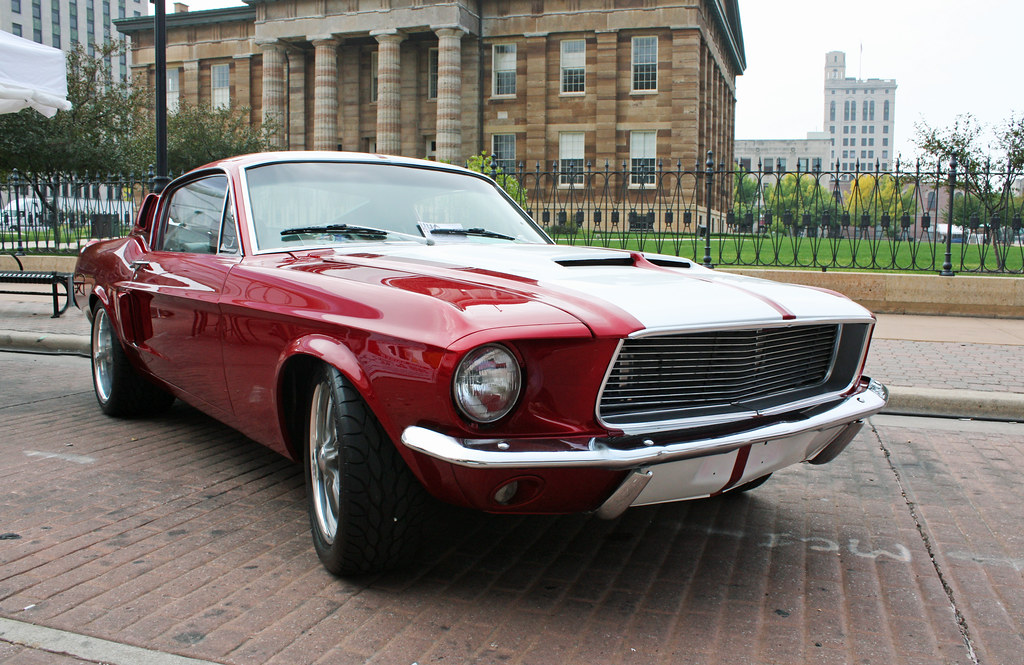 Nothing can quite describe the feeling of absolute freedom you feel driving across America and stopping along the way for a selection of quirky and wonderful sights. Weirdly, it’s some of the more kitschy stops that make you truly feel like you’re in the ‘land of the free and home for the brave.’ Like some of the rusty truck stops in the middle of nowhere, the massive neon signs dotted along the way and odd things like two giant yellow and red arrows and massive Tiki head. Or, even more peculiar, Cadillac Ranch, a weird art installation of brightly painted Cadillacs half-buried in the sand which made Burt wonder if he’s having an acid flashback. All along the Interstate, we were playing cat and mouse, one vintage muscle car bolting past the other as it begins to get ready to catch up. 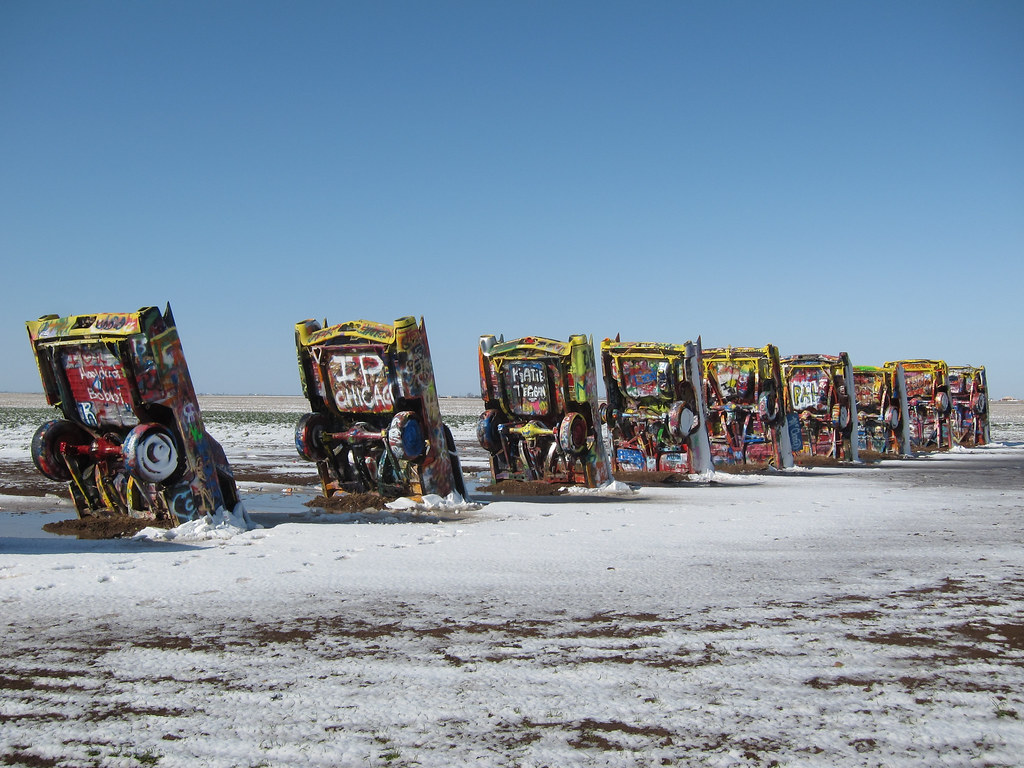 After two weeks of stunning scenery, jaw-dropping archaeological sites, interesting hotel and motel stops, even more interesting conversations, and of course the pure adrenaline from driving a ridiculously awesome car, we arrived at our final destination: Santa Monica, California. Known as the Mother Road, Route 66 certainly lived up to her reputation of generosity and kindness. Even though it was one of the longest car trips I’ve done and in one of the least luxurious cars, it was also the most laidback and friendliest. This is a car trip I definitely want twice on my bucket list!

What Happens When Old-School Cool Becomes Electric?
NEXT POST